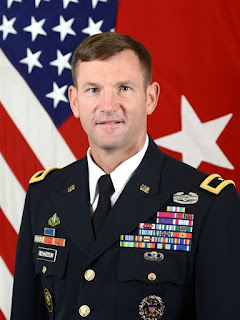 General Richardson graduated from the United States Military Academy in 1991. He was first assigned as a Tank Platoon Leader with the 1st Armored Division, becoming Battalion Motor Officer of the 4th Battalion, 67th Armored Regiment in Friedberg, Germany. Richardson was then posted to the 1st Infantry Division as Adjutant and later Headquarters Company Commander for the 1st Battalion, 34th Armored Regiment at Fort Riley. His next assignment was with the 2nd Armored Cavalry Regiment as Squadron Operations Officer, first deploying to Iraq in 2003. Richardson deployed to Iraq a second time in 2005 as Aide-de-Camp to General Martin Dempsey, who was serving as the Commanding General of the Multi-National Security Transition Command-Iraq. In 2007, Richardson was posted as Squadron Commander of the 5th Squadron, 4th Cavalry Regiment, deploying to Iraq again. He took command of the 3rd Cavalry Regiment in 2011, overseeing the conversion of the Brave Rifles from an Armored Cavalry Regiment to a Stryker Brigade Combat Team. Before becoming Deputy Commanding General of the 3rd Infantry Division, Richardson served in the Pentagon on the Joint Staff. 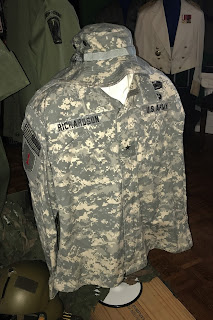 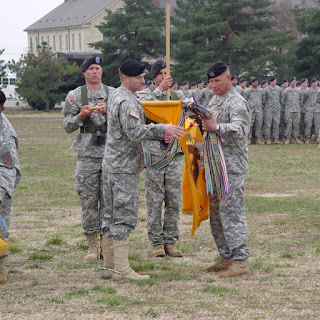