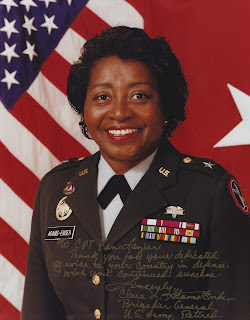 General Adams-Ender received a direct appointment as a second lieutenant in 1961 after graduating from North Carolina Agricultural and Technical State University and entered the US Army Nurse Corps Orientation Course at Fort Sam Houston. She was first assigned to the Intensive Care Unit at Walson Army Hospital at Fort Dix. In 1963 Adams-Ender was posted to the 121st Evacuation Hospital in the Pacific as a staff nurse. She next became a surgical nursing instructor at Fort Sam Houston and then Walter Reed Army Medical Center in 1969. Adams-Ender was made Assistant Chief Nurse at Fort Meade in 1974. She was assigned to the 97th General Hospital, US Army Europe in 1978 as Chief Nurse. Adams-Ender returned to the United States in 1984 and became Chief Nurse at Walter Reed Army Medical Center. She was made Chief of the US Army Nurse Corps in 1987. Before retiring in 1993, Adams-Ender was serving as Commanding General of Fort Belvoir and Deputy Commanding General of the Military District of Washington. 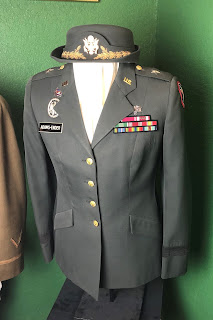