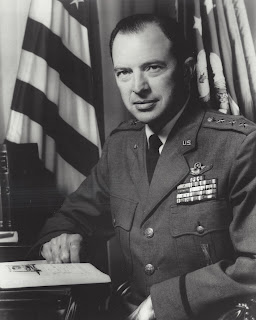 General Carpenter was born in Starkville, Mississippi, and graduated from high school in Stillwater, Oklahoma. He studied engineering at Oklahoma A&M and Mississippi State College before entering the U.S. Military Academy in 1935. After graduation in 1939, Carpenter attended Air Corps flying schools at Tulsa, Oklahoma, and Randolph and Kelly fields in Texas. Assigned to the 19th Bombardment Group, he participated in the first mass flight of B-17s from Hamilton Field, California, to Hickam Field, Hawaii. Carpenter went with the 19th Bombardment Group as a navigator to the Philippine Islands in October of 1941. After the Japanese attack on Clark Field, he took command of the ground echelon of the 19th Bombardment Group at Bataan. Carpenter was evacuated to Java by submarine where he continued to fly combat missions until returning to the United States in December of 1942. After WWII, he became vice commander of the Thirteenth Air Force in the Philippine Islands. Carpenter transferred to headquarters of Air Research and Development Command (ARDC) in 1951. He became assistant vice commander of ARDC in 1957 and went on to take command of the Air Force Flight Test Center two years later. In 1965, Carpenter became commander of Air University. He was assigned to Headquarters, U.S. Air Force in 1968 as deputy chief of staff for personnel. Before retiring in 1970, Carpenter was serving as assistant vice chief of staff for the U.S. Air Force with the additional duty of serving as senior Air Force member on the Military Staff Committee of the United Nations. 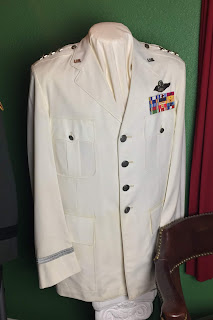 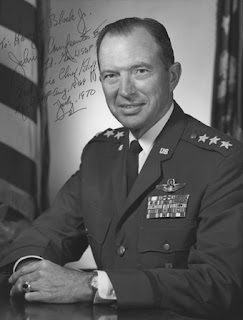