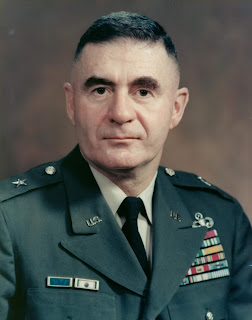 General Gorwitz was commissioned a Second Lieutenant in the Field Artillery in 1943. He saw action with the 74th Field Artillery attached to the 82nd Airborne Division in France, Belgium, and Germany. In 1946 Gorwitz was made Provost Marshal for the 11th Airborne Division while on occupation duty in Japan. He assumed command of a Parachute Field Artillery Battery with the 187th Airborne Regimental Combat Team in 1949 and deployed to Korea in that role. While stationed in Germany with the 11th Airborne Division in 1958, Gorwitz air-landed in Beirut during the Lebanon Crisis, becoming Operations Officer for the American Land Forces there. He returned to Korea in 1962 with Headquarters, I Corps, becoming I Corps Artillery Commander in 1968. By 1971 Gorwitz was serving as Assistant Division Commander of the 23rd Infantry Division in Vietnam. Before retirement in 1974, he was Deputy Chief of Staff for Allied Land Forces Southern Europe in Verona, Italy. Gorwitz also graduated from both the Italian and German parachute schools. Gorwitz was raised to the degree of Master Mason in Palestine Lodge No. 79 of Duluth, Minnesota, on October 4, 1951. He affiliated with Alexandria-Washington Lodge No. 22 in August of 1983, located in Alexandria, Virginia. 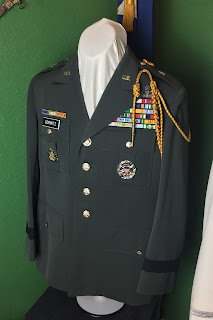 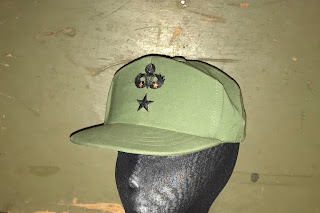 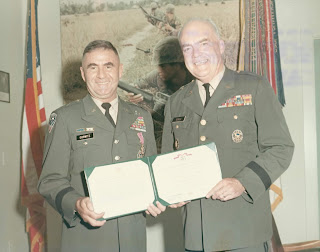 Posted by The Curator at 7:45 PM No comments: