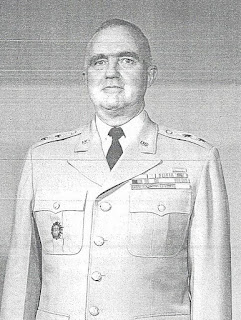 General Collins graduated from Harvard in 1926 and was commissioned a second lieutenant in the Field Artillery Reserve. He then earned a Doctor of Medicine from Harvard in 1930, practicing medicine until called to active duty in December of 1940. Collins was first assigned to Fort Sill as a gunnery instructor, becoming executive officer of the artillery of the 87th Infantry Division. In 1943, he was assigned to the Intelligence Division of the Supreme Headquarters, Allied Expeditionary Forces in England. Collins was responsible for the preparation of basic intelligence on terrain and enemy defenses in advance of the invasion of France. He would be awarded the Legion of Merit, the Order of the British Empire, the French Croix de Guerre, the Belgian Order of Leopold, and Croix de Guerre for his service in this role. After serving in the Office of Military Governor for Germany, Collins returned to the United States in 1946. He was ordered to Japan in 1953 as Assistant Chief of Staff, US Army Forces Far East Command. Collins was then assigned as Deputy Director for Intelligence of the Joint Staff in 1956, advancing to Director in 1961. He was serving as Commandant of the US Army Intelligence School at Fort Holabird, Maryland, before his retirement in 1964. 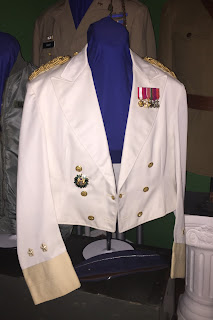 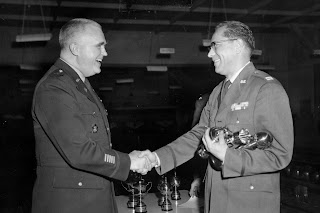 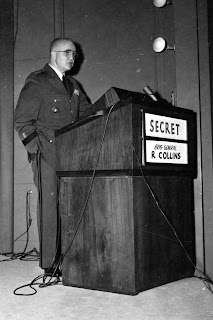 General Collins addressing the National Quartermaster Conference, 1958.
Posted by The Curator at 6:33 AM