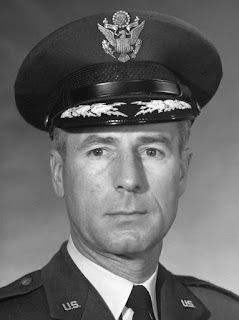 General Hill was born in Stillwater, Oklahoma, and attended both Oklahoma A&M and the University of Oklahoma. He entered the US Army Air Corps as an aviation cadet in 1942. Assigned to the European theatre of operations as a P-47 fighter pilot, Hill shot down five enemy aircraft. He was awarded the Distinguished Service Cross on 18 April 1945 while serving with the 388th Fighter Squadron. Hill returned to Oklahoma to command a squadron of P-51s and was instrumental in forming the Oklahoma Air National Guard. In 1950, having returned to active duty, he was posted to Itazuke Air Base, Japan, with the 8th Fighter-Bomber Wing. Hill flew 128 combat missions as an F-80 pilot in Korea. He departed for England to attend the Royal Air Force Flying College in 1953 and upon graduation joined the 20th Fighter-Bomber Wing at Royal Air Force Station Wethersfield, becoming deputy commander in 1956. Hill returned to the United States in 1957 and was assigned as senior Air Force adviser for the 121st Tactical Fighter Wing of the Ohio Air National Guard. He was next assigned to Clark Air Base, Republic of the Philippines, as deputy commander for operations of the 405th Fighter Wing, becoming wing commander in 1964. Hill was made commander of the 42nd Air Division at Blytheville Air Force Base in 1970. He became commander of the 3rd Air Force in the United Kingdom in 1972. Hill served as commander of the Alaskan Air Command before becoming vice commander of the Strategic Air Command in 1977. Before retiring in 1979, he was the commander of the North American Air Defense Command. Hill was inducted into the Oklahoma Hall of Fame in 1984 as the first Oklahoman to achieve four star rank in the Air Force while on active duty. 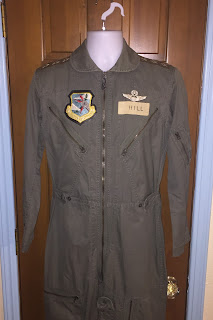 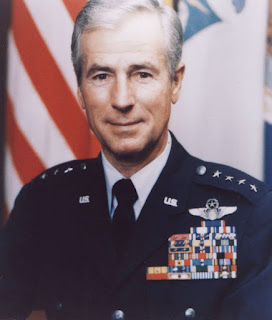 Posted by The Curator at 1:13 PM No comments: