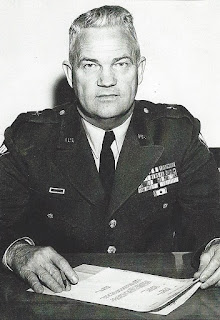 Autry enlisted as a private in the Motor Transport Company, 179th Infantry Regiment of the Oklahoma National Guard in 1924.  Upon graduation from Phillips University at Enid in 1933, he was commissioned a second lieutenant with the 189th Field Artillery Regiment.  Autry was made a captain in 1939 and assumed command of Battery F.  After being inducted into Federal service with the 45th Infantry Division on September 16, 1940, he was promoted to major the following year and made Executive Officer of the 189th Field Artillery.  During WWII, Autry participated in the Sicily, Naples-Foggia, Anzio, Rome-Arno, Southern France, Ardennes-Alsace, Rhineland, and Central Europe campaigns.  He was again inducted into Federal service on September 1, 1950, and led the 189th Field Artillery in Korea.  Upon returning to the United States in 1952, Autry was placed in command of the Division Artillery of the 45th Infantry Division and promoted to brigadier general.  He remained in that role until his retirement in 1961. 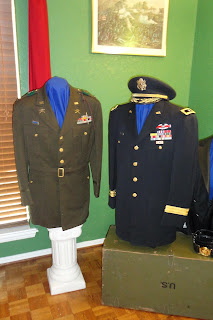 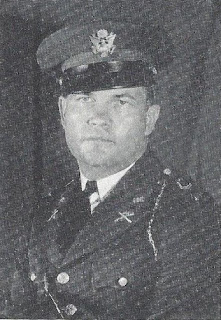 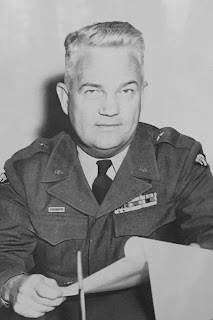 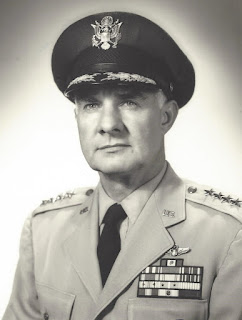 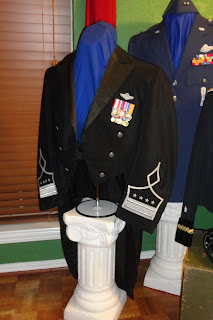 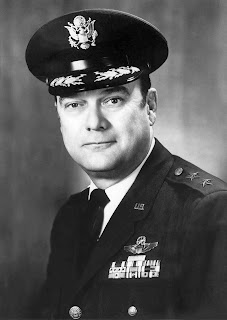 General Lyon entered military service in 1942 and completed aviation cadet training in February of 1943.  He was then assigned to the Southwest Pacific Theater of Operations with the Troop Carrier Command in 1944.  Lyon flew C-46 aircraft in campaigns from New Guinea to the Philippines and Okinawa. He participated in the Japanese occupation as commander of the 5th Combat Cargo Squadron.  In 1949 Lyon was posted to Elgin Air Force Base.  After attending the Army Command and General Staff School, he was assigned to U.S. Air Force Headquarters in 1960 in the Office of the Deputy Chief of Staff.  Lyon would then serve as commander of the Air Force Aero Propulsion Laboratory at Wright-Patterson Air Force Base in 1967.  His next posting was as vice commander of the Space and Missile Systems Organization at Norton Air Force Base in 1971.  Upon retirement in 1975, Lyon was the commander of the Space and Missile Test Center at Vandenberg Air Force Base. 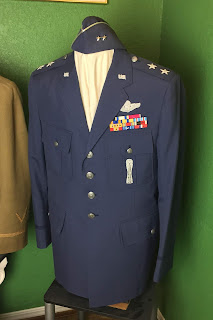 Posted by The Curator at 8:11 PM No comments: