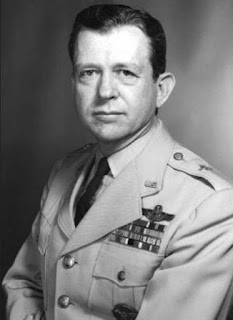 After working as a high school principal in Kossuth, Mississippi, General Gregory enlisted as a flying cadet in 1928.  He was commissioned a Second Lieutenant in the Air Corps in 1929.  In 1936, while serving as the Engineering Officer of Flight E of the 16th Observation Squadron at Fort Sill, Gregory was selected to serve as a test pilot for the Army’s newly purchased autogyros.  After the Army purchased additional autogyros, he was chosen to head a school for training pilots in 1937 at Patterson Air Field.  It was while visiting the Sikorsky plant in 1940 that Gregory became the first military helicopter pilot after an eight minute flight.  He organized the first landing of a helicopter on a ship in 1943.  In 1945, Gregory became Chief of Staff for Intelligence, Seventh Air Force in the Pacific.  He went on to serve as Chief of the Reconnaissance and Photographic Branch before becoming Air Attaché in Paris in 1952.  Before his retirement in 1958, Gregory was serving as Commander of the Air Force Office of Scientific Research.  He settled in Tulsa, Oklahoma, after retiring, working in the private sector. 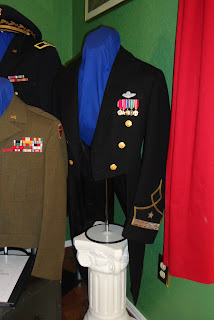 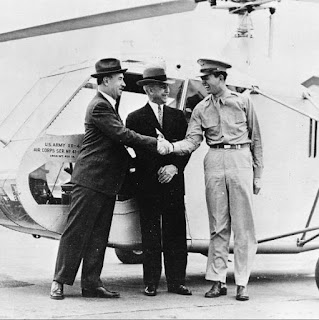 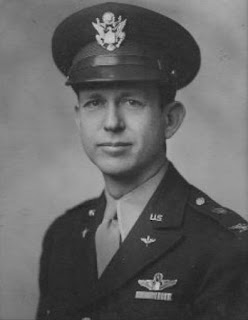 Posted by The Curator at 9:58 PM No comments: